On Saturday night, Team Daaaaaamnnnnn!! showed up for Disney's Inaugural Tower of Terror 10-Miler! The Expo was fantastic as ever and our old friend Jeff Galloway was there offering words of wisdom. We bought matching team headbands and I bought a ridiculously expensive new running skirt. The race started at 10pm so we got there at 7pm to get on the bus nice and early... 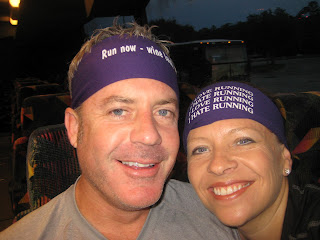 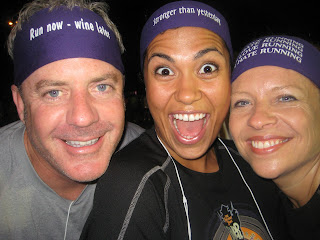 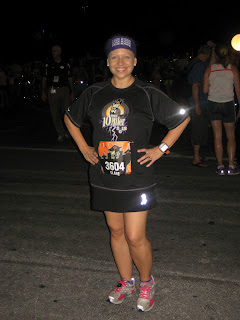 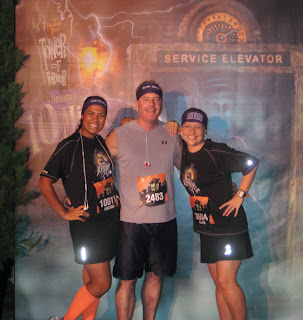 Life has been incredibly hectic lately and I haven't been getting my minimum three runs a week in regularly enough. I have been able to kind of stay in with weekly long runs though, so we decided to: shoot for 5:1 intervals, start in the last corral, stay together as a team and just focus on having a great time :). At about 10:20pm we were off!


There was a beautiful full moon and I started out really well. At about Mile 4 however, it all started to fall apart :(. Firstly it was really hot and humid which always makes me miserable. Then, I made the silly mistake of wearing clothes that I had never run in before for the first time. My skirt was weighed down by my camera and gu chomps and once it was completely soaked with sweat, it kept falling down which was very annoying. Then my ipod died. Then, for some reason, I completely lost all confidence and just wanted it to end. My "I love running, I hate running" headband came true:(. Lu was a fantastic coach, however, and really helped me to refocus, and Mike ran behind me for moral support (and he said he liked the view ;)). And just over 2 hrs after we had started, thankfully we were done!

The medals were adorable!! 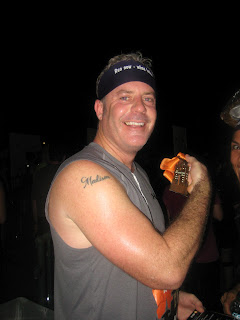 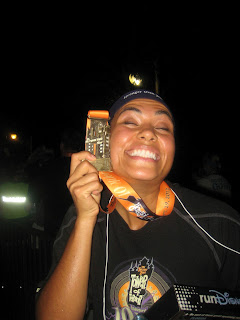 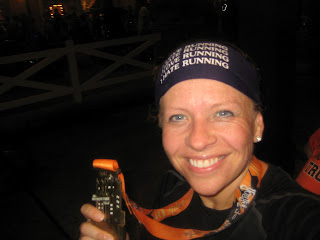 And after a beer and some ice on my head, I started to feel a bit better... 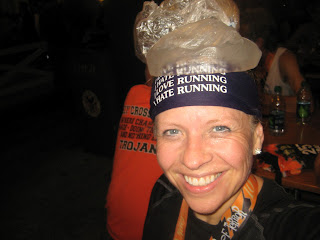 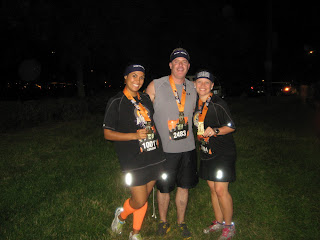 I felt pretty sick for the rest of the night and not so great the following morning either. On the positive side, my body felt fine during and after the race. It could have been worse I suppose - I didn't even have a blister! That said, I'm really happy that this one is behind me and recognize that running twice a week just isn't enough to stay in the game for long races like this one. Hopefully things will settle down a bit after the move and I can get back into my running groove and back on the training plan for the Space Coast Half. And for now, I'm so glad it's over! We did it!!!!
﻿
Posted by The Early family at 7:56 PM No comments:

We haven't done a regular 5K since July and one of my favorite races - the Puzzle Run - was cancelled on Labor Day weekend :(. It was a bit of a hike out to Casselberry but this one looked like fun so Lu and I decided to do it! We have both been struggling a bit with keeping up the 'love of running' so our goal today was just to have a great time! 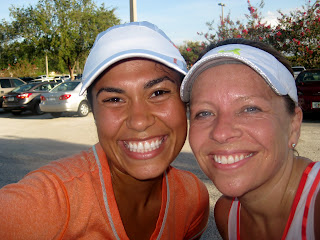 The bands were a bit serious for us but we had a great time anyway! 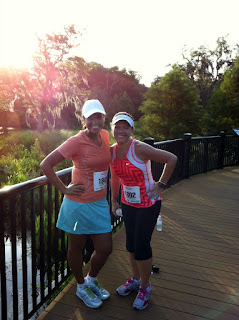 My time was 31:17 which was faster than the 911 race this time last year:). I haven't shown any improvement on pace through Summer so I was pleased to see that all of the hard work with my long runs is paying off now that the temperatures are a little cooler. I was also pleased that today was probably the first race that I didn't lose sleep or get nervous over! It's crazy that I still have such low confidence and it's taken almost 3 years to believe in myself that I can actually do this now! However, the Tower of Terror 10-Miler is coming up next on the schedule and for that race, I am genuinely terrified...
Posted by The Early family at 5:13 PM 1 comment:

The photos came in from last weekend and they are great! Can't wait until the next one!! 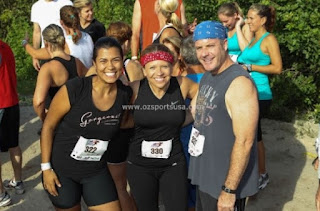 Yep - that's as far as I made it on the monkey bars! 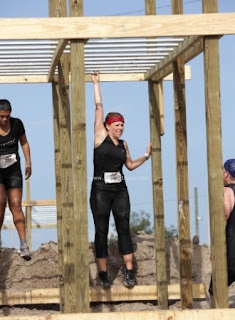 The cargo net was huge! 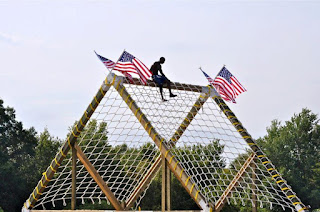 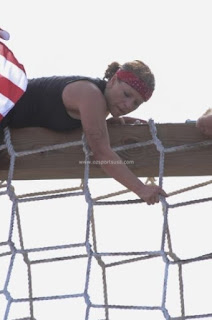 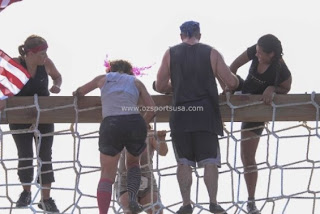 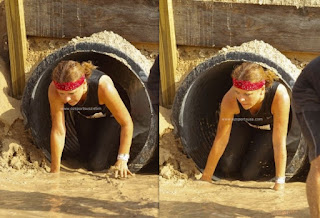 Mike loved the slide at the end :) 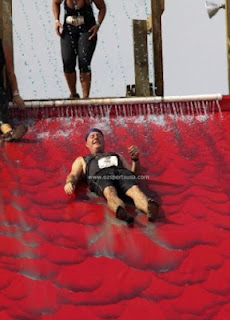 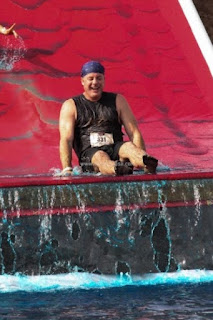 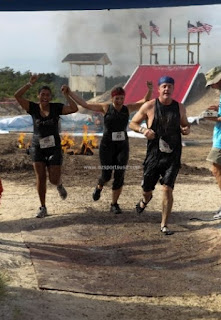 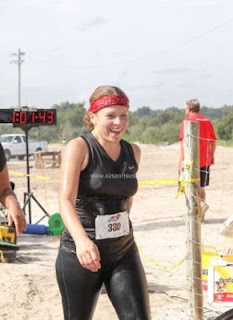 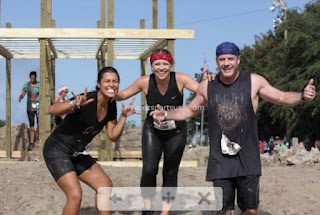 Posted by The Early family at 5:34 PM No comments: